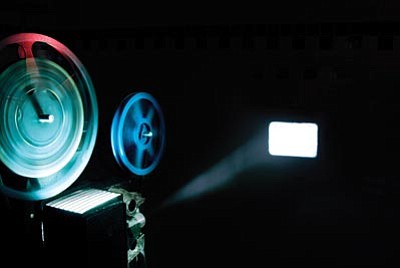 The second annual Prescott Film Festival will run from Wednesday through Sunday, and will bring with it about 70 independent films and shorts, along with a half-dozen free workshops, and a host of events and after-parties.

Venues for the various screenings, workshops and parties will be spread throughout town. A map is available online at www.prescottfilmfestival.com under "venues."

For months, volunteer film buffs have been screening the movies to determine which to choose for the local festival.

"Thirty programmers have been looking at these films since April," said Helen Stephenson, executive director of the Prescott Film Festival. "There is a good cross-section (of the community) - from people in their 20s to retired people in their 70s."

The ratings from the programmers then go to an eight-person jury, which makes the final choices. All programmers and jury members are local, Stephenson said, noting, "The films that are chosen are films that Prescottonians chose."

With a basic focus on movies by Arizona filmmakers, the festival will include a packed schedule of choices at both the Elks Theater, 117 E. Gurley St., and the Prescott Center for the Arts, 208 N. Marina St. The www.prescottfilmfestival.com site includes a detailed schedule of the movies.

Among the selections is "a good range of documentaries, dramas, and comedies," Stephenson said. "They're all unique and none of them have a studio behind them, telling them what they're going to do."

• The 7 p.m. Friday showing (at the Elks Theater) of "White Knight," a movie starring Tom Sizemore and Stacy Keach, and directed by Arizonan Jesse Baget.

The story features Sizemore as the grand dragon of the Texas Ku Klux Klan, who ends up serving a prison sentence in a cell with a Hispanic field worker. Keach plays the warden, who is intent on rehabilitating Sizemore's character.

• The 5 p.m. Saturday wine-tasting at the Hassayampa Inn, featuring wines from Pillsbury Winery and Juniper Well Ranch & Vineyards, immediately followed by the feature film "Take Me Home" (showing at 6:30 p.m. Saturday at the Elks Theater), written, directed by, and starring Sam Jaeger of the television series "Parenthood."

• The all-day Saturday "Independent Films for Independent Kids" free festival at the Prescott Public Library, which will feature a dozen movies and shorts geared toward children.

• The 30 guest filmmakers who are scheduled to attend, including those who will be participating in a number of free workshops.

Several of the workshops will focus on writing, and among the writers planning to attend is Dan Gordon, the screenwriter of movies such as "Hurricane," "Wyatt Earp," and "Murder in the First."

"We're just thrilled," Stephenson said. "All three of the writers on the writers' panel are huge."

Along with Gordon, other writers on the panel include Sam Pillsbury and Alan Dean Foster. The panel discussion will take place from 6 to 7:30 p.m. Wednesday at the Prescott College Crossroads Center, 220 Grove Avenue.

Other workshops will take place at the Prescott Public Library and will include "How to Turn a Book into a Film" (2 p.m. Friday); "Clair Sinnett's Real to Reel Actors" (2 p.m., Thursday); and "Screen Actors Guild: Who? What? Why?" (6:30 p.m. Thursday).

While last year's film festival took place in August, Stephenson said the festival agreed to move it to November this year to help fill in one of the community's slower tourism months. In turn, the City of Prescott made the festival one of its four "signature" events, and is contributing $5,500 in bed tax revenue (generated by charging motel and hotel customers a 3 percent tax).

The film festival has donated 100 tickets to the Pioneers' Home for Friday morning screenings of the documentary "Age of Champions" and the narrative film "Finding Jenua."