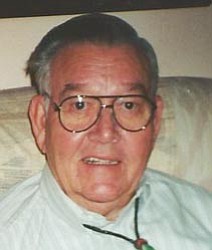 A sober member of Alcoholics Anonymous for nearly 32 years (23 in Prescott), Gerry was known as a co-founder and stalwart supporter of groups that have met here Sunday mornings and Tuesday evenings for nearly 20 years. He was pleased to be the "cake lady" for sobriety anniversaries of Tuesday group members and was beloved by hundreds in Prescott for his sense of humor and devotion to sobriety. In the 1990s, he served the AA intergroup as treasurer and provided meetings in the jail.

As Hampton Funeral Home's primary driver for 20 years, he led some services and became widely appreciated by bereaved folks in Prescott. (Years piloting a hearse so slowed Gerry's normal driving that no AA member could abide driving behind him.)

In 35 years with Garrett Airesearch in Phoenix, he sold aircraft engines and turbochargers, including many in Europe for seven years.

Born Feb. 27, 1931, in Warren, Ark., he was the son of James Hiram and Pearlie Dee Langford. He is survived in Arkansas by one sister, Mary Sue Davenport, and by four Langford brothers, James, Charles, Glynn and Rayburn; three stepdaughters, Sherry and Ron and granddaughter Shawna Chaffin of Phoenix, who held a very special place in Gerald's heart; Betsy and her husband; and Becky and her husband; and numerous nieces and nephews. One brother and three sisters preceded him in death.