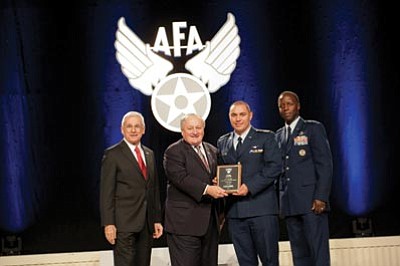 Stazenski is a senior at Embry-Riddle Aeronautical University and will graduate with a major in global security and intelligence in May 2012. He will commission as a second lieutenant into the U.S. Air Force upon graduation.

Stazenski is a 2006 graduate of Bradshaw Mountain High School and is the son of Randy and Jana Stazenski of Prescott Valley.