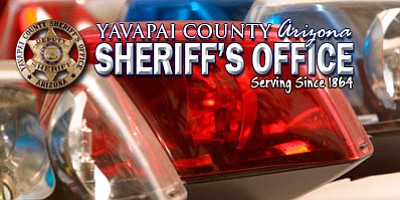 CORDES LAKES - Yavapai County Sheriff's SWAT team arrested an armed 19-year-old man Sunday afternoon after he allegedly shot at a deputy responding to a trespassing call, according to a YCSO spokesman.

It happened in the 16000 block of Apache Drive. Just before 10 a.m., a deputy was called to the address to deal with a trespasser, said YCSO spokesman Dwight D'Evelyn, and when he arrived, he confronted the man, who ran. During the foot chase, the suspect fired two shots at the deputy, D'Evelyn said. He then ran out of the deputy's sight, so SWAT along with DPS officers were called out to assist.

The suspect was eventually spotted entering a shed in the 16000 block of Apache Drive. SWAT moved a homeowner out of the area then fired tear gas into the shed, forcing the man out, D'Evelyn said.

He was arrested about 1 p.m.

Deputies recovered a handgun from the scene. No motive for the incident has been released.

D'Evelyn could not confirm the man's identity as of press time Sunday.