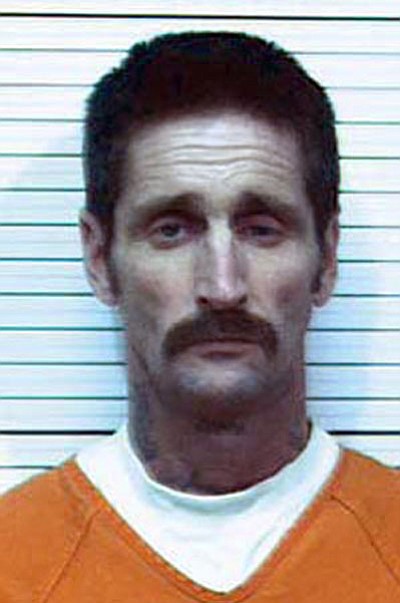 The man accused of fatally shooting another man in an unincorporated area of Prescott Valley early Tuesday morning did not know the victim, and allegedly shot him after the victim approached the suspect's home, the Yavapai County Sheriff's Office reported Wednesday.

YCSO spokesman Dwight D'Evelyn also disclosed the suspect, Peter Downing, 46, is a convicted felon who is legally prohibited from possessing a rifle that he allegedly used to kill Brett Huggins, 40, early Tuesday morning.

Huggins, who appeared inebriated, according to investigators, approached the door of Downing's home in the 6300 block of Copper Hill Drive in the Castle Canyon Mesa area outside of Prescott Valley Tuesday morning, a witness told YCSO detectives. The witness reported a sequence of events: Huggins knocked once, Downing opened the door, Huggins took a step back, and a shot was fired.

Huggins fell to the ground, and the witness immediately called 911, according to D'Evelyn. While speaking with dispatchers, the witness saw Downing leave the home, look around and kick open his own door.

The suspect's girlfriend, who was at home when the shooting occurred, called 911 as deputies arrived on the scene at around 12:45 a.m.

Downing reportedly told deputies that he and Huggins did not talk about why Huggins arrived at his door. He also told deputies he noticed that Huggins' hands were empty at the time of the incident.

Deputies arrested Downing on suspicion of second-degree murder and possession of a deadly weapon as a prohibited possessor, and booked him into the Camp Verde Detention Center.

One man is dead and one is in jail after an early morning shooting Tuesday in Castle Canyon Mesa, a subdivision just west of Prescott Valley.

Yavapai County Sheriff's spokesman Dwight D'Evelyn said in a news release that deputies responded at about 12:45 a.m. Tuesday morning to a home in the 6300 block of Copper Hill Dr., after a caller reported seeing someone shoot a man near the doorway of the home.

Detectives from the Criminal Investigations Bureau continued to investigate the shooting on Tuesday.

Deputies booked Downing into the Camp Verde Detention Center on a charge of 2nd Degree Murder and Possession of a Deadly Weapon as a Prohibited Possessor. His booking photo was not yet available by the Tribune's press time.