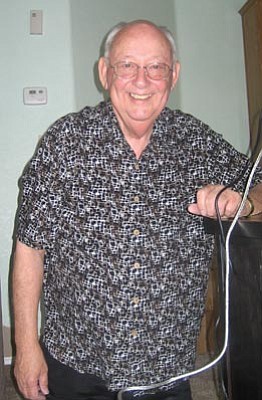 He served his country for 20 years in the United States Navy, where he served two tours in Hawaii and one at the Pentagon, where he worked with President Kennedy briefing him on matters of the sea. He was honorably discharged in April of 1976. After the military, Bob went to Christ College Irvine and onto Concordia Seminary in Saint Louis and served his first pastoral job in El Paso, Texas. Upon his retirement in ministry, Bob worked at Wal-Mart in the electronics department. Bob never met a stranger and loved to talk with everyone, sharing his faith and talking about the military. He worked 12 years for Wal-Mart.

Bob is survived by his loving and caring wife, Donna, of Chino Valley, Ariz.; sons Kenny (Jeannie) Begin of Dewey, Ariz., and David (Venessa) Begin of Lake Forest, Calif.; grandsons Nick and Chris; and a granddaughter, Ellie. Bob is also survived by his sisters, Kathy Schmidt of Brainerd, Cheryl Begin of Circle Pines and Barbara Richardson of Golden Valley, all in Minnesota.

Robert was preceded in death by his parents and his first wife, Dorothy Jean, who died in 2008.