Bill would allow communities to trump state law and ban sale, use of fireworks 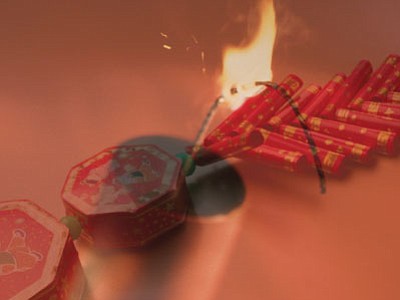 Responding to local concerns about wildfires, Arizona Sen. Steve Pierce of Prescott has sponsored a bill that would allow local governments to outlaw the sales of fireworks in their jurisdictions.

Last year, the Legislature approved a bill to allow the sale and use of certain kinds of fireworks in Arizona beginning Dec. 1, 2010.

The law allows local governments to opt out and prohibit the use of the fireworks within their jurisdictions, but they can't prohibit the sales.

"It would definitely limit confusion if we could prohibit the sale and the use of fireworks," Prescott Fire Marshal Eric Kriwer said.

The Arizona Fire Marshals Association supports the bill, he said.

The Prescott Valley Town Council brought up its concerns to Legislative District One legislators during its annual meeting with them earlier this year.

They especially feared people would buy fireworks, shoot them off in the nearby Prescott National Forest and start a dangerous wildfire, Skoog said.

It's illegal to use fireworks at any time on federal lands.

Senate Bill 1388 would allow municipalities to prohibit the sale of fireworks. It is moving in the Senate.

It grants the same authority to counties with populations smaller than three million.

Counties with larger populations could prohibit the sales only if "a reasonable risk of wildfires exists."

The fireworks industry has been pushing for legalization of fireworks for years. Gov. Jan Brewer vetoed a similar bill in 2009, saying she was concerned about wildfire risk, but then signed one in 2010. Pierce voted in favor of it.

Fireworks remain illegal if they are designed to "rise into the air and explode or detonate."