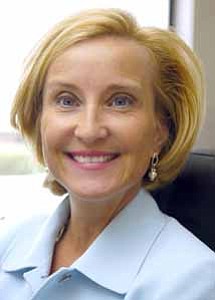 PRESCOTT - Tammy Linn, a Prescott City Councilwoman since 2009, announced Monday morning that she is resigning from her council post, effective July 14.

In a news release, Linn said she and her family are planning to move back to their home state of North Dakota, where her husband Steve Linn has accepted a new job.

"Steve was offered a once-in-a-lifetime job offer in Fargo, N.D., where his elderly mother resides alone and where we grew up," Linn said in her statement. "Taking care of his mom and providing the best environment for the future success of our sons were critical in the decision making process."

Linn thanked many of the people who have supported her throughout her time in Prescott, including her fellow council members, former Mayor Rowle Simmons, several local residents, and the Republic Women of Prescott, as well as the Over the Hill Gang trail-building group, and school officials at her sons' schools.

According to the news release, the Prescott City Council will conduct an executive session on Tuesday to discuss the procedure for replacing Linn.