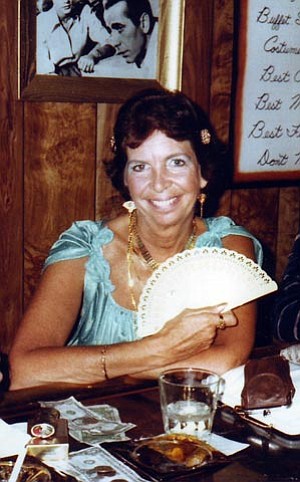 Her son Scott Tennyson and daughter-in-law Kathleen, who tended to her, were at her side when she left.

Susan moved to Prescott 15 years ago and in that time lighted the hearts of countless people. These folks will be forever touched by her warmth, honesty and open-hearted acceptance.

Survivors include her son Scott Tennyson (Kathleen), and granddaughters Nichole, Loren and Hailey.

Services will be announced at a later date.