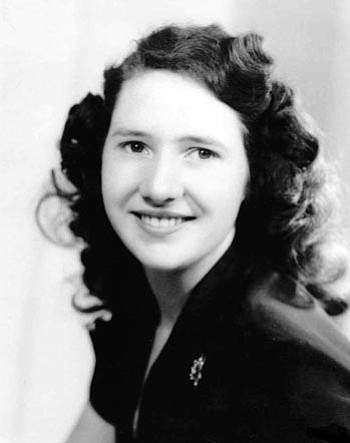 Second-generation Prescott, Ariz., native Ina Mae (Breckenridge) Rubi passed away Monday, July 25, 2011, at her home in Prescott Valley, Ariz., after a long bout with cancer. She was 77 years old. Ina was surrounded by her family at the time of her death.

Ina was born at home on historic Mt. Vernon Street in Prescott on Nov. 23, 1933, the daughter of Elva (Lessard) Breckenridge and Evert "Breck" Breckenridge.

She was preceded in death by her parents, her sisters Violet Cornich and Bea Gill, and brothers Joe Burleson and Robert "Bob" Breckenridge.

After graduating from Prescott High School in 1951, Ina worked for Western Union in Flagstaff, Ariz., and Las Vegas, Nev., until marrying Winslow, Ariz., native Fred Rubi in 1954. She retired in 1999 as the executive secretary of the commanding officer of the Salvation Army's western region in Rancho Palos Verdes, Calif. Ina and Fred returned to their beloved Arizona following their retirements.

In lieu of flowers, the family asks that donations be made in her honor to Prescott's Sharlot Hall Museum, where Ina's mother was curator for many years. The museum is located at 415 W. Gurley St. The website is sharlot.org.