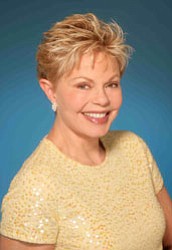 PRESCOTT - An all-star team, including Grammy-award-winning singer and Prescott resident Toni Tennille, helped in the City of Prescott's recent production of a new promotional video for its YouTube Channel.

Prescott Public Affairs Director Kim Kapin, who produced the video, said Tennille's "smoky, expressive voice and genuine affection for Prescott turned out to be a perfect match - her many fans around the country have been responding to the video."

"With all of that talent in the room, I learned one lesson very quickly - stay out of their way and let them ply their trade," Kapin said.

The vision for the seven-minute promo piece, Kapin said, was to capture Prescott's mix of unique qualities in support of the city's tourism and economic development efforts.

"It wasn't an easy task, given that there are so many parts that make up the whole in Prescott," Kapin said. "We shot hours of footage with the cooperation of just about every major entity in town."

He added: "Prescott truly is a great place to Live+Work+Play, and judging by the thousands of views the video has received on YouTube, we've succeeded in conveying that message."

Residents can watch the "Live+Work+Play Prescott" video by visiting the City of Prescott website at www.cityofprescott.net, or the tourism site at www.visit-prescott.com.