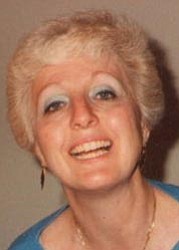 Carol J. (Cobey) Schmoyer, 71, of Wickenburg, Ariz., passed peacefully on July 9, 2011, in the company of her loving family at Wickenburg Community Hospital, where she was chief executive officer, 1993-98.

The daughter of Walter Joseph and Mittie (Akin) Cobey, she was born March 9, 1940, in Prescott, Ariz. She is preceded in death by her father and a brother, James, who died as a child. She is survived by her mother, and brothers Joe (Cathi) of Kirkland and John (Bobbie Jo) of Prescott.

Battling cancer, she had taken a sabbatical from her consulting business, CJS & Associates LLC, started in 2009. A respected hospital troubleshooter, she worked throughout the country, recently as administrative special projects director for Community Health Systems, 2000-09.

After high school, she earned a diploma in nursing from St. Joseph's Hospital in Phoenix, a Bachelor of Science degree from St. Francis College and a Master's in management from the University of Phoenix.

She is survived by sons Tom (Ginger) Hayes of Spring, Texas, and Kevin (Eva) Hayes of Scottsdale, and daughter Kelley (Jim) Tucker of Phoenix; as well as Debi (JD) Killer and Phillip Schmoyer, both of Wickenburg.

Monsignor Van A. Wagner, Vicar General for the diocese of Tucson, uncle to the Tucker family, conducted mass in Wickenburg's St. Anthony of Padua Catholic Church.

In memorial, the families ask contributions be made to Wickenburg Community Hospital - Nursing Department, 520 Rose Lane, Wickenburg, AZ 85390, in her name.