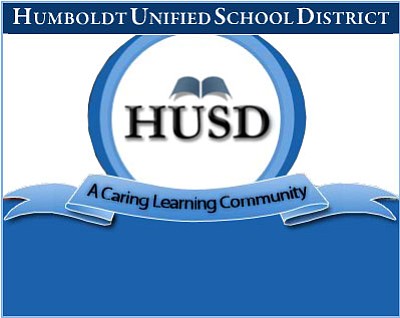 For the past four years, Humboldt Unified School District has compensated for budget reductions to the tune of $6 million - about $1.5 million each year.

HUSD Financial Director Cynthia Windham said at Tuesday's governing board meeting that, since 2007-08 when she joined the district, the budget has decreased by $6,374,000. Every year since then, she has worked with about $1.5 million less than the year before.

"We've been successful in doing that, but it's becoming increasingly more difficult," Windham said.

The board approved the budget in the amount of $33,783,092. The state requires school districts to adopt a budget no later than July 15.

While the base-level support from the state did not change from $3,303 per pupil, other factors have contributed to the decreased budget, including a decline in enrollment, and increased costs for employee health insurance and transportation fuel. Proposition 301 was supposed to guarantee a 2 percent increase in the base-level support every year, but Windham said the base level has remained the same for the past two to three years.

During a final revision in August, she will adjust the budget up or down once the state produces the district's final ADM, or average daily membership, which calculates how much money the district receives based on student attendance and after the district pays off its final bills. That will determine how much money will carry forward into next year's budget. Windham estimates the carry-forward at $800,000.

An increase in route miles because of additional runs for half-day kindergarten students brought in nearly $60,000 extra money this past year, but after figuring $52,000 in transportation costs, the district pretty much broke even, she said. The state has increased transportation support next year by 2 cents per mile for applicable route miles.

Capital Outlay Revenue Limit funds from the state should have been $1.4 million, but because of the state shortfall, the district will receive only $811,699, a 45 percent reduction.

Soft capital revenue has completely disappeared because of the state budget shortfall; it should have been $1.2 million. The current projected budget is insufficient to cover typical soft-capital items such as required site licenses, textbooks, workbooks, library books, and technology and computers. Windham said she could take about $60,000 from the unrestricted capital budget and some of the carry-forward budget to meet the district's soft-capital needs. However, once the $800,000 carry-forward money is gone, it's gone, she said.

Unrestricted capital typically pays for major repairs, renovations, and transportation purchases. The district used to receive between $700,000-$800,000 a year in Building Renewal funds from the state. In 2007-08, the state cut that amount in half, and now has eliminated all funds.

"In over four years, we're probably down about $3 million that we should have received from the state just for repairs and upkeep," Windham said. "So that unrestricted money and the little bit left in B Bond money is all the capital we have."

Human Resources Director Phil Young said enrollment decreased by about 140 students this past year. In ADM dollars, that was about $420,000 less revenue.

"We will lose some students, but we're counting on a larger ninth-grade class coming into the high school," Young said. "And we do see a 'trickle-back effect.' Every year, some students go to some charters and then mid-year we start seeing some come back, because they realize Humboldt provides a good education."

To help balance the budget, the district has eliminated several certified and classified staff positions, and adjusted health insurance coverage, including doing away with dental coverage.

"We are sharing some staff between Bradshaw Mountain and Glassford Hill Middle schools, such as in the music program, and are able to more efficiently utilize staff and reduce costs," Young said.

The district also made some small savings through staff retirement and the hiring of newer employees lower on the salary schedule. It saved $15,000 by adjusting its bus routes; $20,000 by parking some buses overnight at Humboldt Elementary School in Dewey; and $30,000 by getting rid of two modular buildings.

"These are small savings, but we're at the point now where $15,000 here and $20,000 there helps," Young said, adding that these three combined savings would pay at least one teacher's salary.