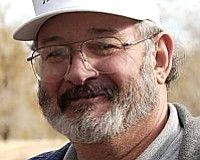 National forests across northern Arizona as well as Prescott-area fire departments are dropping all fire-use restrictions today, July 12, after monsoon rains have become widespread and humidity levels have increased.

"The forecast for the next four days is dry. We'll look at it again after that," Angiolillo said. "Too many areas outside of the forest haven't recorded sufficient rain."

Prescott's National Weather Service forecast is calling for a monsoon break in the coming days, with a 20 percent chance of thunderstorms today and then sunny skies through Friday night.

Still, spotty rains have been getting more widespread throughout the region since rain started falling here at the beginning of the month.

Prescott National Forest measuring sites reported 2 inches of rain in the Verde Valley, more than an inch at Cherry, and a half-inch at sites in Crown King and just west of Prescott during the past seven days. Lightning sparked eight wildfires July 4-10, but the largest was 1.7 acres north of Crown King, spokesperson Debbie Maneely said.

Rainfall on the Kaibab this month ranges from a half-inch to 1.82 inches, spokesperson Sandra Moore said.

Prescott's Sundog measuring site on the northeast side of the city had recorded 0.85 inches of rain for July by Monday. The 113-year July average is 2.88 inches.

Prescott's airport got 0.61 inches of rain during the 24 hours preceding 5 a.m. Monday, while Prescott's Sundog site recorded 0.15 inches by 7 a.m. Monday. Other 24-hour reports from Yavapai County communities included 0.25 inches at Bagdad, 0.05 inches at Cottonwood and 0.27 inches at Jerome.

Rain arrived in Prescott slightly early on July 2, aided by Tropical Storm Arlene, which formed June 29 and pushed moisture up the Gulf of California and the Colorado River valley a few days later.

It was welcome relief to the worst fire season in history for Arizona and New Mexico, where 930,000 and 968,000 acres burned respectively. The previous records were 762,000 and 552,000 acres, the University of Arizona's Climate Assessment for the Southwest reported.

The rains haven't been enough to pull southeast Arizona and southern New Mexico out of severe droughts yet, but they are helping.

Some parts of the state still have fire restrictions and closures. For details about federal and state lands, call 1-877-864-6985 or go online to azfireinfo.az.gov.

Fire officials ask people to always monitor fires and make sure they're out cold before leaving.