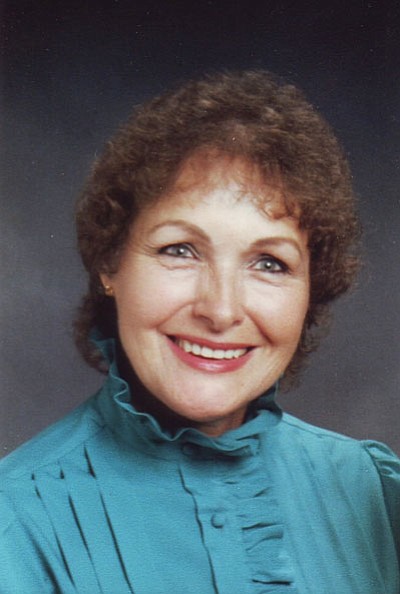 Lillian Irene Allen passed into Heaven on June 27, 2011, in Prescott Valley, Ariz. She was 82 years old. Lil was born on Feb. 12, 1929, to Karl and Martha Schurter in Myrtle Point, Ore. The family moved to Glendale, Ariz., when she was a child.

in Phoenix. She worked as a bookkeeper at the Valley National Bank (now Chase Bank) in Glendale.

Lil married Charles Lee Allen on May 28, 1948. They recently celebrated their 63rd anniversary. The couple later owned The Valley Printers in

Glendale and worked together until 1978 when they sold the business. They built a home and moved to Prescott Valley in 1990. Lil enjoyed community activities and volunteer work. While living in

Glendale, she was active in the Women's Auxiliary of the Glendale Volunteer Fire Department. In Prescott Valley, she was a member of the Garden Club, Litter Lifters, Meals on Wheels and was an officer in the TOPS Chapter. She also was an election poll worker. Lil was a devoted wife, mother and grandmother. She enjoyed camping, rock collecting, traveling, her poodles, her pet raccoon and flower gardening. She was especially proud of her Iris beds.

A special thanks to Nurse's Network, Hospice Family Care and Autumn Seasons Assisted Living for the exceptional care provided to Lil and her family.

Arrangements by Heritage Memory Mortuary. Donations may be made to the Alzheimer's or the Parkinson's Associations.