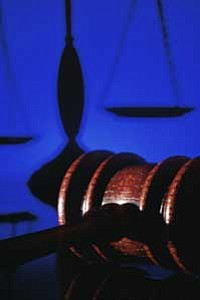 Senior U.S. District Judge Roger Vinson agreed with the states that the new law violates people's rights by forcing them to buy health insurance by 2014 or face penalties. He went a step further than a previous ruling against the law, declaring the entire thing unconstitutional if the insurance requirement does not hold up.

Attorneys for the administration had argued that the states did not have standing to challenge the law and that the case should be dismissed.

"There is clear and well-established legal precedent that Congress acted within its constitutional authority in passing this law and we are confident that we will ultimately prevail on appeal," she said in a statement.

The final step will almost certainly be the U.S. Supreme Court. Two other federal judges have already upheld the law and a federal judge in Virginia ruled the insurance mandate unconstitutional but stopped short of voiding the entire thing.

At issue was whether the government is reaching beyond its constitutional power to regulate interstate commerce by requiring citizens to purchase health insurance or face tax penalties.

Vinson, who was appointed to federal bench by Ronald Reagan in 1983, said it is, writing in his 78-page ruling that if the government can require people to buy health insurance, it could also regulate food the same way.

"Or, as discussed during oral argument, Congress could require that people buy and consume broccoli at regular intervals," he wrote, "Not only because the required purchases will positively impact interstate commerce, but also because people who eat healthier tend to be healthier, and are thus more productive and put less of a strain on the health care system."

Obama administration attorneys had argued that health care is part of the interstate commerce system. They said the government can impose a tax penalty on Americans who decide not to purchase health insurance because all Americans are consumers of medical care.

But attorneys for the states said the administration was essentially coercing them into participating in the overhaul by holding billions of Medicaid dollars hostage. The states also said the federal government is violating the Constitution by forcing a mandate on the states without providing money to pay for it.

Vinson said the courts have generally not accepted similar arguments about Medicaid as a violation of state sovereignty and that the states did not provide enough evidence in this case.

"I appreciate the difficult situation in which the states find themselves," he wrote. "It is a matter of historical fact that at the time the Constitution was drafted and ratified, the Founders did not expect that the federal government would be able to provide sizable funding to the states and, consequently, be able to exert power over the state to the extent that it currently does."

He said that the only way the states would have legal standing to claim the Medicaid portion of the law is coercion would be for the Supreme Court to change the Constitution.

"Unless and until that happens, the states have little recourse to remaining the very junior partner in this partnership," Vinson wrote.

"Today's decision affirms the view, held by most of the states and a majority of the American people, that the federal government should not be in the business of forcing you to buy health insurance and punishing you if you don't," he said in a statement.

"This lawsuit is nothing more than an attempt by those who want to raise taxes on small businesses, increase prescription prices for seniors and allow insurance companies to once again deny sick children medical care," Senate Majority Leader Harry Reid, D-Nev., said in a prepared statement.

Officials in the states that sued lauded Vinson's decision. Almost all of them have Republican governors, attorneys general or both.

"In making his ruling, the judge has confirmed what many of us knew from the start; ObamaCare is an unprecedented and unconstitutional infringement on the liberty of the American people," Florida GOP Gov. Rick Scott said in a statement.