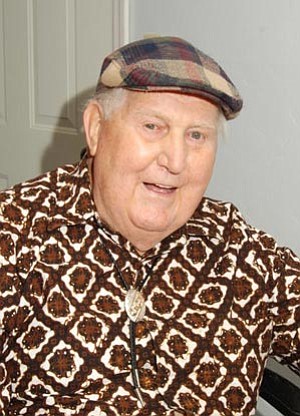 Gerald was born in Los Angeles, Calif., on Aug. 19, 1925, to Elmer and Ruth Gooden. He served in the United States Navy during World War II and was among the survivors of Normandy Beach. He is a graduate of Moody Bible Institute in Illinois and Marshall University in West Virginia. He served as a Baptist minister for many years. He later became the director of the Library of Biola University, from which he retired.

He is preceded in death by his parents, Elmer and Ruth Gooden, his brother Robert Gooden and sister Jetta Rey and his first wife Inez and infant son Gary.