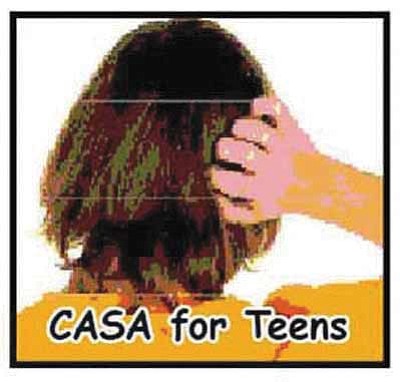 A CASA (Court Appointed Special Advocate) volunteer is needed for 16-year-old "Helena." A number of years ago, Child Protective Services (CPS) removed Helena from her biological parents, and she was adopted. Recently, CPS had to remove Helena from her adoptive parents because she told her mother that her father was making inappropriate sexual advances toward her. Helena had some mental health issues, and when she told her mother about her father's actions, her mother ignored her reports, believing them to be due to her mental health problems. The father is currently in jail for the charges and is awaiting trial. Following the father's arrest, Helena's mother decided that she no longer wished to parent the teen and has refused to have any further contact with her.

Among the CASA volunteer's responsibilities: monitoring Helena's ongoing progress in her foster home; working with her schoolteachers, to help promote her education; working with her therapist to keep abreast of her mental health issues as well as any new issues resulting from the father's inappropriate sexual behavior and the mother's refusal to stand by her daughter; assisting CPS in working with the mother to determine whether therapy might result in Helena being returned to her care (assuming the father is no longer living in the home); attending monthly meetings with Helena and other team members involved in the case; and making recommendations to the judge as to the best long-term placement for this teen. CASA volunteers need to provide information to the court at report and review hearings throughout the life of a case.

At the present time, there is a great need for CASA volunteers willing to work with teenagers. If teens such as Helena cannot be returned to their parents or find a suitable adoptive home, the youths will remain as wards of the court until they are 18, at which point, they "age out" of care. If you are interested in becoming a CASA volunteer for this case or a similar one, and making a difference in the life of a child, please contact the CASA office at 771-3165.

EDITOR'S NOTE: This child's name has been changed to protect the identities of those involved.