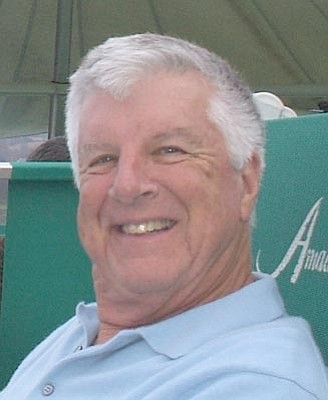 Douglas Allen Clark of Prescott, Ariz., died on Feb. 2, 2011, after a short illness. He was at home surrounded by those he loved.

Doug was born in Ross, Calif., on May 3, 1943. He grew up and attended schools in San Rafael, Calif. He served three years in the army including a year in Korea. After the service, he returned to Marin and worked 25 years for Pacific Telephone/Pacific Bell as a switchman and then central office manager. He took an early retirement in 1990 and spent four years traveling around the U.S. with his wife Randy and their cats. After that adventure, they returned to their home in Novato where he worked 10 more years for Pinnacle Telecommunications as an equipment installation quality auditor.

When Doug retired for a second time in 2005, he and Randy moved to Prescott, where they have spent the last 5 1/2 years. Since his last retirement, he has kept very busy hiking with the Healthy Hikers, playing duplicate bridge, continuing to RV around the U.S., and volunteering with various organizations in Prescott. He was passionate about helping people and never said no. He volunteered with People Who Care, Coalition for Compassion and Justice, Prescott Area Women's Shelter and many other organizations. Doug was also an avid sports fan, especially baseball, and followed the D'backs and SF Giants.

He is survived by his wife Randall (Randy); two daughters, Melissa Dugdale (Timothy) of American Canyon, Calif., and Stephanie Delaney (Matthew) of Petaluma, Calif.; four granddaughters, Hannah, Allison, Kristen and Abigayl; and a sister, Bonnie Weakley (Jerry) of Salem, Ore. He was preceded in death by his parents, Robert and Marian Donovan Clark. Doug was a special man, kind, generous, loving and full of life and fun. He will be greatly missed by his family and a large number of friends.

A memorial service celebrating Doug's life will be at Prescott United Methodist Church on Saturday, Feb. 26, at 11 a.m. All are welcome to attend. In lieu of flowers, the family would appreciate donations to any of Doug's favorite organizations, mentioned above, or the American Cancer Society. Log onto www.ruffnerwakelin.com to view and sign Doug's guestbook.