Man arrested on charges of arson after domestic dispute 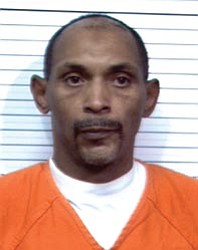 Prescott Valley police arrested a man Tuesday on charges including arson of an occupied structure after investigators learned a taxicab dropped him off near the home with can of gas near the time a fire there was reported.

At 8:30 a.m., Prescott Valley officers answered a criminal damage call in the 6200 block of Rockland Drive. A woman there said that someone broke two windows at her home during the night.

The woman told officers she was not staying at the home because previously reported domestic violence and threats allegedly by her live-in boyfriend, Ellis, had continued, and she had obtained a restraining order against him the previous day, said Sgt. Brandon Bonney, spokesman for the Prescott Valley Police Department.

Shortly after the woman left the home after speaking with officers, a neighbor reported a fire inside the woman's home.

At 9:15 a.m., Central Yavapai firefighters responded to the fire at the duplex on Galaxy Drive after neighbors called to say they saw smoke coming from the home and were able to put out the flames quickly, said Charlie Cook, spokesman for Central Yavapai Fire District.

No one was home at the time of the fire, but firefighters found a gas can under a bed in the home and called in arson investigators and police.

Investigators from the Criminal Investigations Section and the Violent Crimes Against Women Unit began efforts to find Ellis as a person of interest, Bonney said.

Investigators found Ellis during a traffic stop on a taxicab in which he was a passenger north of State Route 89A near Viewpoint Drive, and learned Ellis took the cab to numerous locations in Prescott and Prescott Valley. At one point, Ellis allegedly took the cab to a gas station, bought a gas can, filled it with gas, and said he was going take the gas can home because his car was out of gas, according to police. Then Ellis allegedly asked to be dropped off near the woman's home with the gas can at the same time neighbors reported the fire.

The woman sought assistance from a local shelter when she first became fearful of Ellis, Bonney said.

"It is important for victims of domestic violence to reach out to resources when they need assistance," Bonney said.