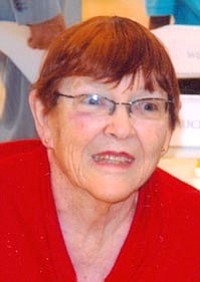 Bonnie was born Aug. 11, 1928, in Colville, Wash. Her father, Alsberg "Auzie" Anderson, was a pharmacist and owned a store in Pullman, Wash. Her mother, Vera Mae Dorman, was from Missouri.

In the summer of 1947, Bonnie worked at Lake Lodge in Yellowstone National Park, where she met her future husband, Bill Rodger. Bill had come to Yellowstone for a summer of work.

Bonnie and Bill were married Aug. 24, 1950, in Pleasant Ridge, Mich. After 18 months of living in Athens, Ohio, they moved west with their six-month-old daughter.

Portland, Ore., became their new home for the next four years. Bill worked for an engineering manufacturing company. During this time, Bonnie contracted polio and contended with post-polio syndrome for the rest of her life.

Her husband had an opportunity to work in Hawaii. Bonnie especially loved the Islands. One of her memories during her 16 years there was when her youngest daughter would pick a gardenia from their garden and put it on her pillow in the early morning.

While in the Islands, Bonnie was active in the P.E.O., a philanthropic organization dedicated to the advancement, education and motivation of women, and also worked as a travel agent.

Hawaii was the most enjoyable part of their lives. They relocated to Los Angeles in 1982 and, 18 months later, they chose to move again, this time to Sun Lakes, Ariz. After 10 years they retired to Prescott, Ariz.

In Arizona, Bonnie continued to be active in the P.E.O. She enjoyed reading, sewing, knitting caps for premature babies, and visits to and from her children.

Bonnie is survived by her husband, Bill; her sister, Jeannie; her children, Barbara, Bruce and Betty; and her grandchildren, Jennifer, Monica, Shelby, Rian and Bryce.

A donation in her name to the Utah Shakespeare Festival would be appreciated.