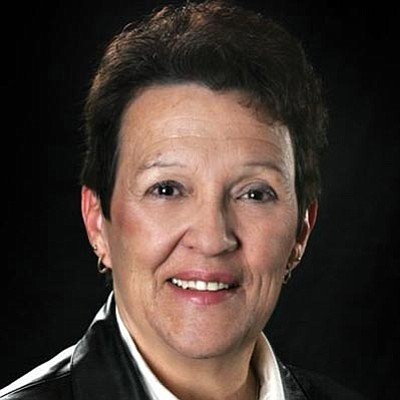 The Women's Council of Realtors is the 12th-largest professional women's organization in the country, said Kristine Nelson, president of the Prescott-area chapter.

That fact might not be widely known. But Nelson and other members are trying to increase the visibility of an organization that dates back to 1938.

The Women's Council is a subsidiary of the National Association of Realtors, said Sindy Ready, the Scottsdale-based national financial secretary.

"The purpose of our organization is to focus on leadership," Ready said. The council also provides training and education, and conducts state and national conventions.

"It is like getting an additional degree," Ready said.

Nelson, a past Women's Council state president (2010) and state governor (2011), said the group has provided education that she could not receive elsewhere.

"I think our mission statement says it all," she said.

The mission statement says, "We are a network of successful Realtors empowering women to exercise their potential as entrepreneurs and industry leaders."

Nelson, a real estate agent since 1997 who works for West USA Realty in Prescott Valley, said she has made friends and contacts through her involvement with the council. She is a founding member of the local chapter,

which has more than 30 members.

"I've made friends and contacts for a lifetime," she said. "I think the referral

system (for clients) is one of the best in the country."

Nelson stressed that the council plays a cooperative role in a highly competitive industry.

She said some members contact her with questions about property management.

However, the council has no political agenda and leaves lobbying to the national and Arizona associations of Realtors, Nelson said.

That's right - the council opens its membership to men. In fact, Nelson noted Bob Nachman of Scottsdale is a past president of the state organization and serves on national executive board.

The chapter's next meeting will take place beginning at 11 a.m. Jan. 18 at the Prescott Resort. Prescott attorney William O'Leary will talk about current legal issues.

For more information about the council, call Nelson at 759-9950, or log onto www.wcr.org.