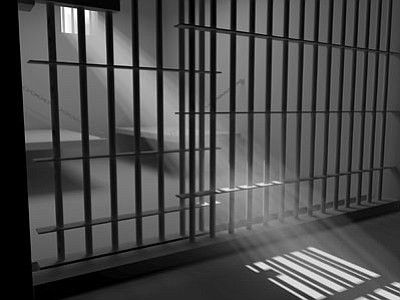 KINGMAN - At the time of the July 2010 escapes and subsequent criminal rampage of three inmates from ASPC Kingman, more than 100 men convicted of murder or attempted murder were housed in the prison, unbeknownst to area residents or authorities.

Now there are none.

That's not to say, though, that the facility, which began as a prison meant for low-risk offenders, isn't home to men convicted of a wide range of violent crimes.

As of Nov. 30, the prison housed 3,474 inmates, 1,499 (43 percent) of whom are classified as medium security. Of those, 65 inmates have been convicted of homicides, including 56 guilty of manslaughter.

Inmates in several other violent categories also were in the prison on that date:

At the time of the escapes, prison operator Management & Training Corporation (MTC) was operating with a long list of deficiencies including a malfunctioning alarm system and faulty perimeter security, faults that the escapees used to their advantage in making their break.

MTC was slow to correct the problems noted by Arizona Department of Corrections (ADC) officials, resulting in a "cure letter" from ADC Director Charles Ryan in December, a notice indicating that failure to fix the problems in 90 days would result in termination of MTC's contract.

And though the prison operators didn't face any monetary sanctions per se for the security shortcomings, ADC stopped moving inmates into the complex, causing the inmate population to decrease from 3,390 at the time of the escapes to a low of 2,071 in March of this year.

The loss of per diem payments over that one-year period cost MTC an estimated $17 million in lost revenue.

In addition, the families of an Oklahoma couple who allegedly died at the hands of two of the escapees and an accomplice recently settled a suit with MTC and ADC, but terms of the agreement were not available.

As of August, the prison was once again operating at or above capacity, with a total of 3,419 inmates on Aug. 30.

Coincidentally, ADC conducted an inspection of the prison complex in August. The findings showed a marked improvement over the November 2010 report, which noted 135 areas in which MTC was out of compliance with department standards.

The most recent report indicates just 49 such findings and a 96.6 percent compliance percentage. Of the security-related findings, most referred to record-keeping shortcomings.

A few items, though, had security implications:

• A perimeter light was reported out on July 27 and was not repaired until Aug. 8, the day of the inspection.

• On an undisclosed date, an incident report indicated someone entered the complex armory at 2:21 a.m. No subsequent log entries indicated the supervisor was aware of the incident or that an inventory of the armory was completed.

• Food items that staff members brought in were not regularly passed through a metal detector.

• Some medical tools were not engraved with serial numbers, and some tools and instruments were not listed in inventory.

Public officials are divided about the nature of ASPC Kingman's value or detriment to the area. Mohave County Supervisor Tom Sockwell, for example, still is disappointed that the nature of the prison population changed dramatically from what was initially proposed.

"We were told that it was just going to be DUIs," Sockwell said. "We were supposed to be told if they were going to bring any really bad people over there."

Sockwell added that, even though the prison employs nearly 600 people, that advantage might be undone by the added pressure inmate care has placed on the Kingman Regional Medical Center.

Overall, while admitting that MTC has done a better job since being thrust into the spotlight by the escapes, Sockwell said he is disappointed with the experience of hosting a prison.

One of Sockwell's counterparts on the board, Supervisor Buster Johnson, was a proponent of hosting the prison complex from its inception. He now has mixed feelings about the operation.

On the one hand, Johnson is happy for the inmates' addition to the county population, which he believes brings in about $800 per man to local coffers, a windfall of about $2.7 million per year in federal money.

But since the escapes, and an opportunity to review the original ADC report on the security shortcomings at the prison, he has doubts about the operators.

"After reading the report," Johnson said, "the only good thing was that the place was clean. I have major concerns now and I have no confidence in MTC."

Johnson, who once worked as a corrections officer for the Los Angeles County Sheriff's Department, said he would be amenable to another private prison in the county, as long as another outfit is in charge.

Supervisor Gary Watson isn't ready to make such a blanket statement, but he said he would certainly take a very close look if the issue of another prison in the county arose.

"If it was remote enough I'd consider it," he said. "But I would want to meet with the operator beforehand, if it's MTC or someone else, and make sure all my questions are answered.

"I think there's still a great deal of anxiety about the escapes, but I feel a little more comfortable after going out there a couple of times."

MTC officials say they have done their best to attain compliance with ADC regulations and stay that way.

"ADC and MTC both regularly conduct audits to ensure compliance with state and MTC standards," MTC media contact Issa Arnita wrote in an email. "There have not been any issues outside of the normal course of business issues in 2011 and all items related to the August 2010 incident were resolved in 2010."

Mohave County Sheriff Tom Sheahan, who like others was surprised by the lax conditions that led to the escapes, agrees that security appears improved, as does communication between his department and MTC. He, like Watson, has made a few visits to the prison since the escapes.

"I was happy that they did the upgrade," Sheahan said, relating details of a fairly recent visit to the facility. "It appeared it was being run much tighter, with more discipline."

The sheriff said prison officials have agreed to call MCSO much more quickly if another incident arises, even if they think, as in the past, that the crisis might be unfounded.

"We would rather respond to a false alarm than miss someone who's escaped," Sheahan said.

Still, many of the people he comes in contact with retain doubts.

"They're really, of course, apprehensive about the prison and about MTC," Sheahan said. "It's going to take some time to see from their actions that (MTC) is doing better.

"A lot of issues were uncovered at that time and it appears they have all been corrected. That's certainly what we would expect. But we're going to continually go out there and monitor the situation."

Watson, too, believes that close observation can produce better results.

"When they know someone is watching," Watson said, "they're more likely to do a better job."