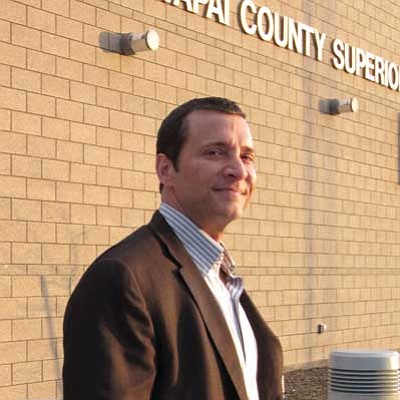 PRESCOTT - James Arthur Ray hopes to rely on a court-appointed attorney to further the appeal of his negligent homicide conviction, according to a request filed Monday.

Also on Monday, Yavapai County Attorney Sheila Polk filed a notice of cross-appeal that outlines her intention to do more than merely defend allegations in the upcoming appeal of Ray's conviction, sentence, restitution and fines.

Ray, convicted in June over the October 2009 deaths of three participants in a sweat lodge ceremony he conducted near Sedona, began serving a two-year prison sentence in November and filed a notice of appeal on Dec. 5. He had been represented during his trial by Munger, Tolles & Olson, a Los Angeles firm, and Prescott attorney Tom Kelly.

If his request is granted, he will likely receive an in-house or contract attorney through the county public defender's office.

In the cross-appeal notice, Polk lists, without elaboration at this point, several areas of legal dispute the state intends to argue when the case goes to the Arizona Court of Appeals. All stem from rulings by Judge Warren Darrow that went against the prosecution.

Perhaps the most significant area of the cross-appeal is the state's objection to Darrow's finding that the prosecution had committed a Brady (disclosure) violation by failing to inform the defense about an initial report from environmental scientist Rick Haddow. The state said at the time that it made an inadvertent error in not disclosing the report, further noting that it did not believe Haddow's information, which indicated that excess carbon dioxide was a possible contributor to the three deaths, was exculpatory.

Nonetheless, Darrow delayed the trial for several days at the time while he considered a defense motion for mistrial. He ultimately denied that motion on the grounds that the defense could call Haddow as a witness, which Ray's attorneys chose not to do.

A second issue was Darrow's granting of monetary sanctions, in an amount still undetermined, over a previous failure to disclose the details of a meeting prosecutors conducted with medical examiners. Before the trial began, Darrow ordered prosecutors to turn over the information and to repay the defense for costs incurred. The defense has asked for more than $20,000, but no final amount has been ordered.

Two areas of dispute arose from the final jury instructions the court approved, another cites disagreement with mitigation factors, and one involves court orders forbidding the testimony of three state's witnesses.

Prosecutors sought the testimony of Dr. Steven Pace of Prescott College, who was to have testified on the responsibilities of a person running potentially hazardous activities; Douglas Sundling, who has written extensively on sweat lodge practices and procedures; and Dr. David Kent, who was disclosed well after the trial began and indicated he had attended Ray's 2008 seminar and witnessed life-threatening trauma after the sweat lodge ceremony.

The filing also indicates that the state intends to dispute court rulings that allowed more than four months to pass between Ray's conviction and sentencing.