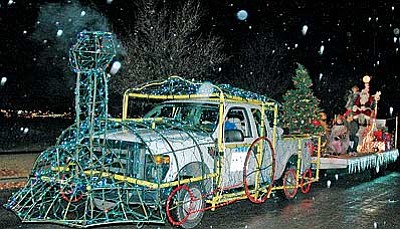 The truck pulling Santa's North Pole group of elves was covered with lights in the shape of a locomotive engine, complete with cowcatcher.