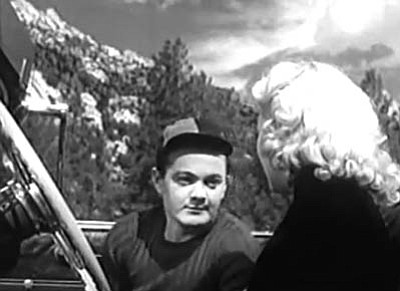 “Pride of the Bowery”

PRESCOTT - As a part of the Sept. 16-18 Arizona Best Fest in Prescott, the Arizona Centennial Film Festival will take place in the Hendrix Auditorium at Prescott Mile High Middle School, 300 S. Granite St.

The festival will screen movies that were filmed in Arizona - from the silent era through today. Among the featured films will be: "3:10 to Yuma" with Glenn Ford; "Pride of the Bowery" (with shots from 1940s-era Prescott); and "Angel and the Badman" with John Wayne.

Tickets will be $5 (donation) for each film and will be available at the door.

Later in the year, the annual Prescott Film Festival is set for Nov. 2-6, including five full days of independent films from the U.S. and around the world. Films will be screening at the Elks Opera House and the Prescott Center for the Arts.

A festival highlight will be a wine-tasting at the Hassayampa Inn on Nov. 5, featuring wines from Pillsbury Wine Company and Juniper Well Ranch & Vineyards, with a special screening immediately afterward at the Elks.