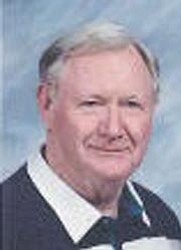 Mr. Colerick enlisted in the U.S. Navy in 1950 and served as an EM2 during the Korean War until 1954. He graduated from Boston University in 1958 and worked for American Cyanamid until 1970. He was then affiliated with Oxirane Corp., subsidiary of Atlantic Richfield Co., as midwestern regional manager until he retired in 1985.

Mr. Colerick owned and operated a number of successful businesses, the last of which was Sun Screen Products in Tempe, Ariz., from 1987 until 1997.

He leaves a wife, Lucille M. Colerick, and two sons, Scott J. and Keith A. Colerick, all of Arizona; and two brothers, Arthur J. and Everett A. Colerick, both of Rhode Island. He was preceded in death by a son, Bruce J.

There will be a memorial mass at St. Germaine Catholic Church at a later date.