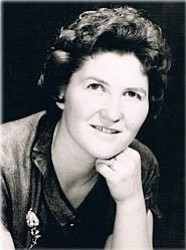 Bertha worked at Howard Ruffs "Target" and Rough Times and was a D-Backs fan. She was a member of the Church of Jesus Christ of Latter-day Saints.

Bertha's special accomplishment was her length of time - 25 years - on dialysis.

A memorial service will be noon Saturday, April 9, 2011, at the Church of Jesus Christ of Latter-day Saints in Cottonwood.

Donations may be made to The National Kidney Foundation, 30 East 33rd Street, New York, NY 10016 or at https://www.kidney.org.