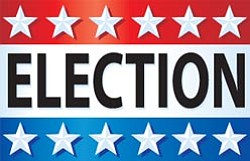 State legislative leaders warn that if voters don't approve propositions 301 and 302 on the Nov. 2 election ballot, the Legislature will have to make millions of dollars worth of new cuts to this year's budget and future budgets.

"There will be a lot of bad things happening if these (propositions) don't pass," warned Senate Majority Whip Steve Pierce, R-Prescott. The Legislature put both propositions on the ballot.

Those cuts will come in some of the last resort areas such as education, social services and public health care, Pierce said. Those are about the only areas left to cut after previous major cuts, he said.

Both propositions seek to take money from funds created by previous voter-approved ballot propositions that got on the ballot through citizen initiatives, putting the money instead into the state's general fund.

Prop. 302 would take "First Things First" money now used for early childhood health care and education. The First Things First money still would go toward health and human services for children, but the Legislature would decide where. Pierce said it probably would go into the Department of Economic Security.

Growing Smarter's annual $20 million appropriation already comes from the state coffers, and its appropriations are scheduled to expire this year anyway.

First Things First money comes from an 80-cent tax on packs of cigarettes.

"It's well-intended, but we can't afford it right now," Pierce said.

Prop. 301 would move about $50 million from the Growing Smarter's Land Conservation Fund to the state general fund, according to Secretary of State Elections Director Amy Bjelland. Only one supporter filed a comment in the state publicity pamphlet, the Arizona Tax Research Association. Six opposition statements include those from the Sierra Club, Arizona Education Association and League of Women Voters.

The state general fund could get an estimated $325 million annual boost from the First Things First fund. Supporters include the Arizona Tax Research Association and Arizona Chamber.

Prop. 302 has more than 50 opponents in the publicity pamphlets, including groups that receive First Things First money. Several groups also have put money into a campaign against the proposition, including several Indian tribes (such as the Yavapai-Prescott Indian Tribe), the Children's Action Alliance and the Arizona School Boards Association.

Fann said the Land Conservation Fund is not that effective, and First Things First programs are "bells and whistles."

For more information, see the Secretary of State's website at www.azsos.gov.

Proposition 301 would transfer the remaining balance in the Land Conservation Fund to the state general fund.

1. Redirect the ongoing tobacco tax revenues that are currently deposited in the Early Childhood Development and Health fund for deposit in the state general fund, to be separately accounted for and appropriated for health and human services for children.

3. Terminate the Arizona Early Childhood Development and Health Board on Dec. 1, 2010.

1. Funding central and field offices, employing staff and establishing and appointing regional partnership councils, which make funding recommendations to the board.

2. Disbursing money for programs and grants that increase the quality of and access to early childhood development and health services for children up to 5 years of age and their families.