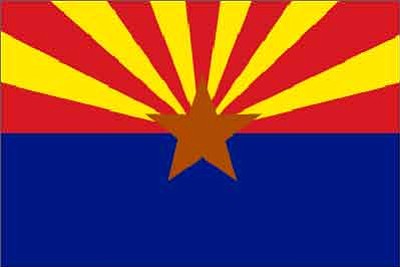 The economic quicksand that's been trying to sink Arizona may not be the big gulp people once envisioned, if recent reports that boycotts provoked by SB 1070 haven't crippled the state hold true.

Gov. Jan Brewer signed the controversial SB 1070 illegal immigration crackdown this past spring and the rants began. Across the nation, and especially in California, groups called for boycotting Arizona, because the measure was racist and would surely lead to racial profiling.

The Associated Press reported this past week that, yes, businesses have lost contracts, conventions have relocated, and performers have called off concerts, costing the state $141 million in lost revenues. That's a hefty figure. But, at the same time, an AP review indicated, other businesses, such as hotels and resorts, reported that their income was up.

The jury is still out on to what extent SB 1070 will adversely affect Arizona's revenues since most of its controversial aspects are on hold, pending a decision from the 9th U.S. Circuit Court of Appeals. Since not all the figures are in, a clear picture on SB 1070's backlash is elusive at this point.

Still, Arizona stays afloat, albeit with a struggle for many of its citizens affected more by the weak economy than SB 1070 and its ramifications, real or not.

They indicated in a meeting with the Arizona Tax Research Association that a lot is on the drawing board, primarily legislation that would provide business tax cuts and other tax relief to stimulate business growth and give Arizona a competitive edge. Some of the tax burden, they said, might shift to residential property.

"My focus is on jobs first. I don't know how mad somebody who's unemployed today will be if they get employed and have to pay some taxes," Tobin said in response to a reporter's question about the potential higher taxes on residential property.

Both lawmakers warned during the November General Election campaign that if Arizona were to get back on its feet, drastic and deep cuts in the state budget would be inevitable.

All we ask of Arizona lawmakers when they convene in January is that they be fair and equitable when they wield their budget axes. At the same time, we sincerely hope they find ways for Arizona to grow its economic base in ways that don't depend on tourism.

It's in your hands.