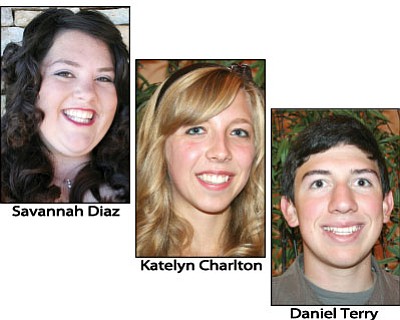 Daniel Terry tied for first place with Benjamin Rounseville on the piano. Terry is a student of Michael Mahany.

Katelyn Charlton plays the flute and won first place in the brass/woodwinds category. She is a student of Beverly Chesterby.

The public can hear the nine first place winners in the junior and senior divisions at the second of two free concerts Sunday, Nov. 14, at 7 p.m. at the Prescott Adult Center, 1280 East Rosser, Prescott. Concertgoers may make a donation to Yavapai Symphony Guild, which supports the Young Musician's Scholarship Fund and the Music Memory Program.