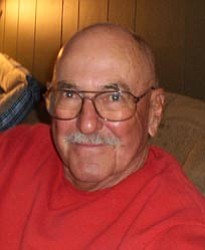 Paul E. Jackson, 70, passed away unexpectedly at Yavapai Regional Medical Center on May 19, 2010. He was born Jan. 5, 1940, to Tommy and Pauline Jackson in Sheridan, Ark. He attended high school in Bagdad, Ariz.

After graduation, he married Rosie Hernandez, his high school sweetheart, and they were happily married 49 years. Paul served four years in the United States Navy; upon his honorable discharge, he and Rosie returned to Bagdad to start his working career and family.

Paul was preceded in death by Thomas Jackson, father; Pauline Jackson, mother; and Tommy Jackson, his son. He is survived by his loving wife Rosie of Wilhoit, Ariz.; his daughter Rose Mary and her partner Tom of Wilhoit; his son Jonathan and his wife Sandy of Gilbert, Ariz.; grandchildren Ruby, Peter, Emily, Odalis, Pilar, Tomas and Matthew; and many nieces, nephews, and brothers and sisters-in-law. He will be remembered for being a loving husband, father, grandfather and friend.

His working career spanned 32 years in the copper mining industry; his specialty was electrical and instrumentation. He retired from Cyprus Mining Co. in 1999 and, after a brief time in Tucson, he and Rosie moved to Wilhoit. His high school friends called him "Peepers"; we all affectionately referred to him as Poppy, PJ, or Peej.

A visitation for family and friends will be from 5 to 7 p.m. Monday, May 24, 2010, with a Rosary at 7 p.m. at Heritage Memory, 131 Grove Ave. Prescott, Ariz. Funeral services will be at 10 a.m. Tuesday, May 25, 2010, at First Southern Baptist Church, 8530 Walden Blvd., Wilhoit, Ariz. Internment will follow at Mountain View Cemetery in Prescott, Ariz. with full military honors by the American Legion Post #6.