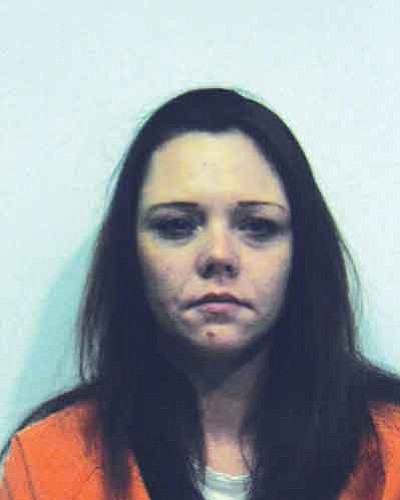 On the heels of a similar March incident, Prescott Police arrested a woman on charges including forgery after she tried to obtain 90 oxycodone pills from a local pharmacy with a forged prescription.

Officers booked Amanda Oakley, 29, of Prescott, into the Camp Verde jail on charges of forgery and attempting to obtain a narcotic drug.

At 3:35 p.m. on Thursday, May 6, officers answered a call about a possible forged prescription at the CVS Pharmacy in the 500 block of Miller Valley Road, said Lt. Andy Reinhardt, spokesman for the Prescott Police Department.

When officers arrived, one took Oakley to his patrol car for questioning and the other spoke with pharmacy employees.

Oakley started crying when the officer asked her if the prescription she tried to fill had been altered or forged in anyway, Reinhardt said.

Oakley told the officer she had forged a prescription for Percocet and had been addicted to the pills for the past six months.

"Narcotic or illegal drug abuse has always been a problem," Reinhardt said. "If someone doesn't have the cash to pay for the illegal drug of choice, they'll often turn to prescription drugs. The most common way is to forge the prescription."

Oakley told the officer the prescription was originally made out for her fiancé, but she used white-out to erase the name and date of the prescription, made a photocopy of it, then wrote in her younger sister's name instead, and changed the date. Then she brought it to CVS to get it filled.

Oakley said she had never done anything like this before, according to the police report.

When the officer asked if she sold the narcotic pills, Oakley told the officer she did not.

Oakley told the officer that during the past few months she had began injecting the narcotics using needles to get a quicker high about five to six times a day. The officer found track marks from the injections along her arms.

Oakley said she last obtained a genuine prescription from a doctor on April 23.

She told the officer that when she runs out of narcotic pills, she gets them from friends, but wouldn't provide the officer with their names.

Then Oakley told the officer she wanted to go to the hospital, because she no longer wanted to live and had chest pains, according to the police report. Paramedics took Oakley to Yavapai Regional Medical Center's West campus for treatment for her high heart rate and other possible issues. After YRMC released Oakley, an officer took her to the Camp Verde Jail.