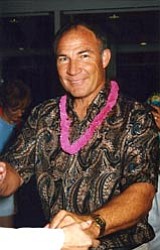 He went to high school in Brush, Colo. Bob served in the military in Okinawa as a Sgt. E5 in the 173rd Army Brigade, 82nd Airborne Division, from Fort Bragg, N.C. He and his brother, Larry, were one of the last sets of brothers to serve under the "buddy" system in a combat theater during the Vietnam War. He came to Prescott, Ariz., in 1965 from Brush, Colo., and started Chartier Brothers Drywall with his two brothers. He later worked as a contractor with his own company. Robert was a very active member of First Baptist Church of Prescott for 44 years where he served on mission trips, led fellowship groups and taught Sunday School. He loved hunting for arrowheads in the Arizona desert and skiing and traveling with his wife and family. His greatest passion was sharing the Lord Jesus with all who crossed his path. He will be greatly missed by his family, his friends and all whose lives he touched.

There will be a viewing from 6 to 8 p.m. Thursday, May 6, 2010, at the Victorian Chapel at Hampton Funeral Home, 240 S. Cortez St. in Prescott. A funeral service will be at 11 a.m. Friday, May 7, 2010, at First Baptist Church of Prescott. Burial will be at Mountain View Cemetery immediately following the service.