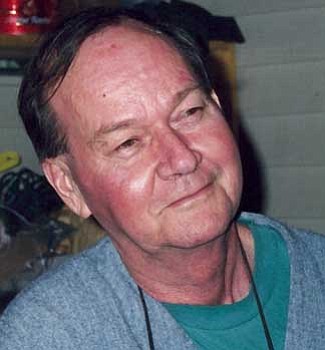 During his long Naval career, Jim received the Seventh Good Conduct award the National Defense Service medal, Vietnam Service medal (2 stars), Vietnam Campaign medal, and the Antarctic Service medal. In his youth, Jim participated in dramatics and held many lead roles in school plays. He was artistic in many ways. He enjoyed painting and more recently, interior design. He was an avid runner and completed at least two marathons. Much of his time was devoted to the work he loved at the VA. He touched countless lives as a social worker there for the past 21 years. One could arguably say that the most important thing in Jim's life was his stepson, Daniel, with whom he shared a close bond and lived with and cared for until his recent illness prevented it. Jim will be greatly missed.

Jim is survived by his stepdaughter, Heather McFarlane; stepson, Daniel McMakin; grandsons, Owain and James McFarlane; and sister, Joanne Clark. He joins his wife, Jane Clark who passed in 1991.

There will be a service for Jim at 1 p.m. on Saturday, March 27, 2010 at the VA Chapel in Prescott, Ariz. Following the service will be a Celebration of Life gathering at his home. The family would like to thank the staff at the VA Medical Center for their extraordinary care of Jim and their ceaseless support of Jim's loved ones.