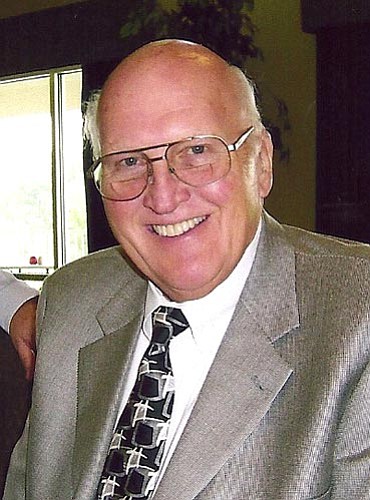 Doug was born in 1939 in Muskegon, Mich., to Clara Katt Henderson and Maurice Katt. He was a graduate of Muskegon High School, where he played football and worked to help support his family. He later attended the University of Michigan, majoring in business management.

Doug is survived by his loving wife of 30 years, Bonnie; and his four adult children, David Katt, Cheryle Gauthier, Michael Brown and Mitchell Brown. He is also survived by nine grandchildren and six great-grandchildren.

He had a lifelong career in the mining and minerals processing industry, retiring as a senior vice president of 0perations for Applied Industrial Materials Inc. His job involved extensive oversight of widely dispersed plants throughout the United States and Canada. Until very recently, he continued to mentor many of his prior associates. Doug had a great interest in geology and collected an extensive array of mineral samples. He and Bonnie enjoyed traveling together and hiking in the Prescott area.

Doug was very active in the Prescott community, giving selflessly of his time and management expertise. He was a major force in the planning and construction of the new Adult Center of Prescott. His diligence helped to make this project a major showpiece in our community.

According to his wishes, there will be no services. Donations to the Alzheimer's Association would be appropriate remembrances.