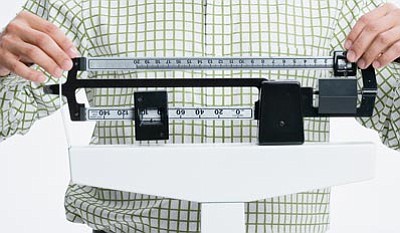 Arizona's adult obesity rate is 25.8 percent - one out of every four adults. Obviously the first concern here is health. And with health, in today's culture, comes costs.

Though it's much more topical to examine the financial impact illegal immigrants have on the state's health care costs, Tuesday's report sheds light on the problems with the legal population. While obesity isn't a crime, it's certainly preventable. And the National Business Group on Health estimates this year that health care for obesity-related illnesses costs employers at least $45 billion annually.

With the obesity trend continuing to rise in Arizona, the second concern has to be future trends - in other words, Arizona's kids.

Schools have made progress in this area. The study, authored by the Trust for America's Health and the Robert Wood Johnson Foundation, reports that Arizona has set nutritional standards for school lunches, breakfasts, and snacks that are even stricter than current U.S. Department of Agriculture requirements.

In other areas, however, we're still lagging behind.

According to the report, Arizona has not passed requirements for body mass index screenings of children and adolescents, or legislation requiring other forms of weight-related assessments in schools (20 other states have). Arizona also has not passed Complete Streets legislation, which aims to ensure that all users - including pedestrians and bicyclists of all ages and abilities - have safe access to a community's streets (13 other states have).

In a state ranked 15th for its rate of childhood obesity, nearly 20 percent of Arizona children ages 10 through 17 are obese, putting them at higher risk for chronic illnesses like diabetes and cardiovascular disease later in life.

Maybe the most notable part of the new study is its lack of a magic answer for this epidemic. Oh, there are recommendations and mandatory appropriations, federal policies, Authorization Acts, Reauthorization Acts and so on. But no government program or legislation should replace common sense or personal accountability. Nutrition and physical activity need to be on the menu for all Arizonans - today. Right now.

What are we waiting for?