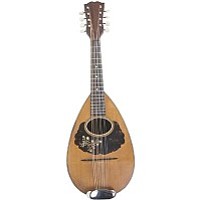 The free, outdoor festival kicks-off at 10:30 a.m. Saturday and ends about 9:30 p.m. with closing act Bill Emerson and Sweet Dixie. At 11 a.m. Sunday, Headline Bluegrass Band starts the day, which ends at 3 p.m.

"This is the only bluegrass festival of this caliber that is free in the Western United States," Currey said. "These are very sought-after musicians."

"The mandolin is a challenging instrument to play," said Fred Hoeffler, who along with three friends founded the Prescott-based band, Fire Ridge, about five years ago. "It's very quick to respond, and you have to focus on being very clean to get the tone and attack you want.

"The attack (in bluegrass lingo) is how aggressive you use your hand with the pick. If you over attack, you can overpower the instrument and strings. Tone is the balance between your left and right hands."

Hoeffler played guitar before falling in love with the mandolin. He said the difference in response between the two instruments "is like the difference between stomping on the gas in a Toyota and a Ferrari."

Bill Emerson, 72, already was a nationally acclaimed bluegrass musician and award-winning recording artist when he came out of retirement three years ago to form Sweet Dixie. A friend asked him to help him on a recording.

"That got my interest going again, and here I am," he said from his home in Virginia. "What I love about it is the acoustic nature, and the high singing just grabbed me when I first heard it. I traded in my guitar for a banjo in 1953."

Although many bluegrass historians date the beginning of the genre to 1939 when "Bill Monroe and the Blue Grass Boys" performed at the Grand Ole Opry (Monroe coined the bluegrass phrase) it was Lester Flatt and Earl Scruggs who gelled their talents into what became the current style of bluegrass. Flatt and Scruggs played with Monroe in the 1940s, and left in 1948 to form The Foggy Mountain Boys.

Bluegrass musicians like playing acoustic, and are proud they do not use amplifiers, or have to "plug-in" to perform.

"It's the acoustic nature that attracts a lot of us," Emerson said. "We don't need huge amps and wires all over the place. You can do it on a back porch or at a picnic or wherever you want to."

For the Prescott festival, Currey closes Gurley Street between Cortez and Montezuma streets. A stage is set in the street, and fans get the courthouse lawn.

Currey added that the $25,000 needed to host the bluegrass festival comes entirely from donations and the sale of water, T-shirts and raffle tickets.

"We don't sell any food or arts and crafts, because we don't want to compete with the downtown businesses," he explained. He encourages fans to bring folding chairs or blankets to spread out in front of the stage.

"Bluegrass is a musical passion for most of us," Hoeffler said. "It's all about friends, family and extended families you see at other festivals. Music is the catalyst that brings us together. Bluegrass is the 'American story.'"

"Bluegrass is real American music," he said. "It was born in this country. The banjo came out of the civil war."