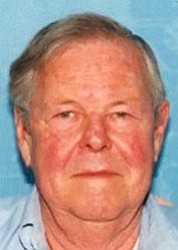 Addison graduated in 1943 from North Carolina State University in Raleigh with a B.S. in ceramic engineering. He served proudly as a 1st Lieutenant in the U.S. Army Signal Corps during World War II. His professional career ended with Addison being a consultant to the ceramic industry after a very successful engineering and executive administrative career. He advanced up the corporate ladder with Gladding McBean while residing in California, New Jersey, Ohio and back to California.

Addison was an active member of the Prescott United Methodist Church and devoted many hours to Bible studies and prayer. He was a longtime supporting member of the local Alzheimer's Association. He was proud to be an American. He loved to write both prose and poetry and conducted writing workshops. His and Margaret's many friends always looked forward to his Thanksgiving messages. He was a true Leo and even collected many lion figurines. He was accomplished on his computer and loved the challenge of a good word puzzle.

A celebration of Addison's life will be 11 a.m. Friday, June 25, 2010, at the Prescott United Methodist Church, 505 W. Gurley St., with private inurnment to follow.

The family suggests contributions to the Prescott United Methodist Church Restricted Fund for Columbarium Maintenance, 505 W. Gurley St., Prescott, AZ 86301, or a charity of your choice.