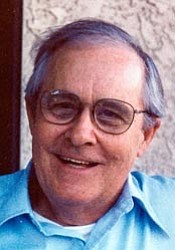 Robert "Bob" Bassett, was ready to join his Lord and Savior when he peacefully passed away at his home May 1, 2010. He was born May 27, 1925, the son of Albert and Eveline Bassett in Los Angeles, Calif. Bob was 84 years old.

Bob proudly served in the United States military for 22 years. He began his service in 1942 as an Army paratrooper. In 1947, he joined the U.S. Air Force where duties took him to Korea in 1951, Misawa, Japan, in 1953 and Wiesbaden, Germany, in 1960. Stateside assignments included moves to Florida, New York, Tennessee, Massachusetts and Colorado. Bob retired after 22 years from Mather AFB Sacramento, Calif.

Bob worked as a computer programmer at Stanford University in Palo Alto for 18 years. He also worked for the Ash Fork Water Co. while living there for 10 years. He and Marie moved to Prescott in 1996.

Bob was a member of the SPEBSQSA Society for 40 years, the Santa Clara Choral, the American Legion, Boy Scouts of America and the First Lutheran Church in Palo Alto, where he and Marie both sang in the choir.

He was proud to be an American, loved beautiful music and enjoyed hearing the clickity-clack of a train. He and Marie traveled the country to see anything on rails.

He met and married Gladys "Marie" Hyche while stationed in Georgia. They just celebrated 64 years of wedded bliss, Feb. 22, 2010. Together they raised five children, Eveline, Cyril, Marjorie, Claudia and Robin. He is also survived by five grandchildren, Amy, Tricia, Tasha, Katie and Rebecca; and five great- grandchildren, Andrew, Jessica, Tyler, Brittney and Samantha. Bob was preceded in death by his eldest daughter, Eveline, two brothers, Arthur and Cyril, and sister, Miriam. He will be missed by the ones who called him husband, daddy and grandpa; and by many others whose lives he touched.

Niche side services will be at 1 p.m. Friday, June 25, 2010, at the Prescott National Cemetery, Highway 89 at Highway 69, with full military honors.