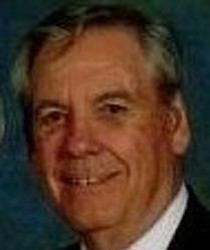 H. Edward Reeves went to be with his Lord on June 17, 2010, at the Prescott, Ariz., VA Hospice facility - Heroes Way, where he received loving care until he was called to his eternal home.

Born Oct. 23, 1931, in Joliet, Ill., Edward had lived in Prescott, Ariz., since 1980. He served as a private first class in the U.S. Army during the Korean War. He was a 1958 alumnus of the University of Illinois; taught for 25 years in AWANA; was a retired computer programmer at APSA, Joliet, Ill.; was an evangelist with South American Crusades from 1976-1989; attended Alliance Bible Church; worked with the Korean War Memorial project in Phoenix and Washington, D.C.; was a proud member of his cherished Veterans of the Chosin Few, Chapter 608-Military Order of the Purple Heart; and was a member of the Korean War Veterans Association H. Edward Reeves, Chapter 311, which was named for him.

Edward's legacy is his family. He is survived by his beloved wife of 58 years, Beverly Jean Reeves; his children, John and Ann Reeves, Michelle and Dennis Stewart, Melody and Bill Fisher, Kelly and Steve Lambourne, Kim Reeves, and Cindy and Randy Garman; his 16 grandchildren and 13 great grandchildren; his brothers and sisters, Grace Tonge, Dick Reeves, James Reeves and Dorothy Hall. Preceding him to heaven were his children, Deborah and Michael Reeves; his parents, Hubert and Wannetta Reeves; and his sister, Louise Studer.

Interment will be at Prescott National Cemetery, Prescott, Ariz.