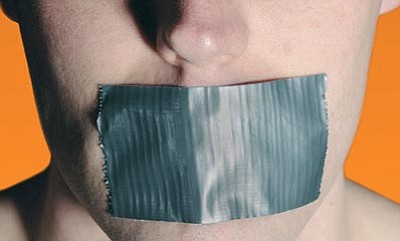 Why and how were the historically important and beautiful brick walls of our Miller Valley school painted over with any kind of mural? What has happened in our wonderful hometown of Prescott to bring about such an angry, serious debate among many of our well-meaning citizens? How did this special city so many of us grew up in and chose to raise our kids and grandkids in become so alienated from each other's opinions?

I have lived in Prescott for almost 50 years, and my family fully supports public art. My husband and I have been blessed to make our living from the arts for much of that time. Public art that beautifies, enhances and honors Prescott's unique history and current citizens is very important to our family and yours.

The large statue at the junction of highways 69 and 89, Early Prescott Settlers, was sculpted by my husband Bill in 1985, and he has been commissioned by several other cities throughout Arizona to do other monuments. We have been involved many times with city governments, public input committees and community art groups to discuss and compromise on the public art projects we created.

My other questions are: How did this defacement of the brick on century-old Miller Valley school get approval from the administration, teachers and students, without comments from the tax-paying residents of Prescott Unified School District? What is the long-range effect of this painted mural on the financial and historical value of the school? Will it deteriorate after a few years of being exposed to the harsh Arizona sun and weather, and have to be removed or restored at more taxpayers' expense? Why didn't our local historians stop this defacement of a historic school? For decades they have diligently kept Prescott's downtown buildings, Victorian homes and our magnificent courthouse from demolition or defacement. How would a mural on the newly restored Elks Theater look?

My first thought when I drove by the mural was not about the subject matter painted on it, but rather "How did this defacing of an historic, tax-supported public school building get approved without any input or informed consent from those of us who live here and have been paying our school district taxes for generations?" My concern was about the loss of a piece of my Prescott's historic architecture.

Further, I am not a racist. My son was fortunate enough to have married into one of the most generous, artistically creative, hard-working, influential local families of Mexican (oops! PC translation - Hispanic) lineage, when he was blessed with his wife. Now I am the proud grandmother to their beautiful sons, who are a part of a fourth-generation Mexican family who have lived, gone to school in and contributed to Prescott for more than 80 years. My objection to this mural has absolutely nothing to do with race or bigotry, but is about historic preservation of my hometown.

My desire is to find a way we can reverse this trend to censor each citizen's right to free speech, and instead support those of us who strongly hold to our God-given, traditional and constitutional rights, beliefs and lifestyles. I believe in the documents our Founding Fathers so brilliantly gave our nation more than 230 years ago, especially the Bill of Rights, which clearly gives every American citizen the right to express his or her opinions and religious beliefs, even when another citizen doesn't agree. I will stand up for the rights of those Americans who speak out to disagree with my beliefs, and I expect them to give me the same courtesy.

Also, I have known Councilman Steve Blair's family for years and would like to give my public support to a lifelong Prescott resident who was expressing his free speech rights. He isn't perfect, but who among us is? And not many of us have given so much financial support and volunteer hours to so many local charities as he does in his beloved hometown.

I have been a daily listener of most of the local radio talk shows on several stations, and enjoy hearing all of the hosts and call-in listeners who are blessed to be able to talk about important local issues and get free publicity for their school fundraising events, charities and community projects. I don't agree with the views and opinions of all the hosts or callers, but I have always been extremely grateful for them and the information they provide.

Merry Harkins Nebeker is a longtime resident of the Prescott area and is the wife of artist Bill Nebeker.