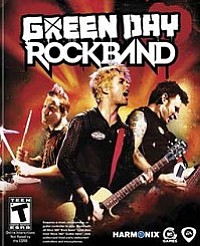 Golf fans rejoice! Tiger Woods PGA Tour 11 released this Tuesday for your gaming pleasure, on all three major consoles. Also for Rock Band and Green Day fans, Green Day: Rock Band was also released on Tuesday. Time to dust off the instruments and start rocking your way through summer. Also at Best Buy we are having a clearance blowout on older games for current-gen systems, 50 percent off regular price on specially marked games. Come take a look before they are all gone.

Green Day: Rock Band lets you step on stage as a rock star for an immersive gaming experience. Play as custom 3D characters featuring the likenesses of Green Day members Billie Joe Armstrong, Mike Dirnt and Tré Cool as you unleash hot tracks, including American Idiot, Wake Me Up When September Ends, Boulevard of Broken Dreams, Brain Stew, Jaded and Hitchin' A Ride. Progress through the story of the band to unlock more than 100 collectible images and more than 40 minutes of rare and unreleased. Get your friends in on the action with three-part vocal harmonies in multiplayer mode.

Represent the U.S. or European squad in Tiger Woods PGA Tour 11 as you compete in the prestigious Ryder Cup tournament on The Celtic Manor Resort in Wales. Captain your team and adjust matchups on the fly as you fight for glory. Challenge up to 23 friends in Online Team Play as you compete in two 12-person teams to see who can rise to the top of the leaderboards. See if you can make par on some of the PGA Tour's most celebrated courses. Can you lead your team to Ryder Cup glory?

*Dates can and may change at any time*