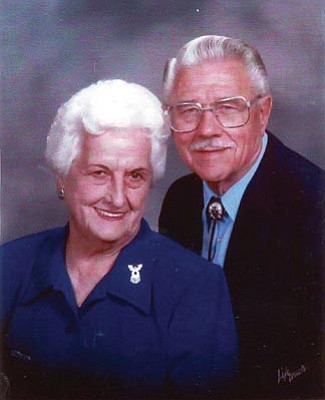 Don and Jo Marsh celebrate their 68th wedding anniversary today, June 6, 2010. They were married in Marion, Ind., by the bride's uncle, Ross Gotschall, at the Marion Church of the Brethren.

Before retiring, Don was a supervisor in civil engineering at Luke Air Force Base for many years.