Column: Is change needed when it comes to tourney tie-breaks? 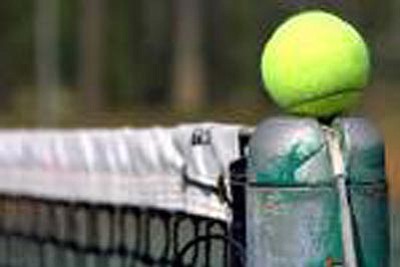 Prior to 1970, all four majors-the Australian Open, French Open, Wimbledon and U.S. Open-played each set for both men's and women's matches to six games, win by two.

On occasion there were matches that went on and on and on. In 1969, Charlie Pasarell lost to Pancho Gonzales in a match that lasted 5 hours and 12 minutes.

What made that even more physical was that there were also rules that prohibited players from sitting down on changeovers or to take bathroom breaks.

But something was needed to help revolutionize the game of tennis as television networks wondered how they could schedule the right amount of time for special matches they wanted to televise.

Then, James Van Alen, who put together the International Tennis Hall of Fame in Newport, Rhode Island, came to the rescue with a new scoring system that shortened the end of each set.

He invented a nine point tie-breaker where the first player to reach five points, win by one, won. The players didn't like the "sudden death" aspect and a compromise of the first to seven points, win by two, stuck and is currently used today.

But, tradition dies hard. All of the majors, except the U.S. Open, decided and still maintain that in the final set you still have to win by two games.

Most of the time there are no problems with that final set scenario of winning by 2 games, since most matches are determined in two sets for the women and less than five for the men.

But at this last Wimbledon, the unusual happened.

John Isner of the United States squared off against qualifier Nicolas Mahut of France in a first round match that lasted 3 days, 183 games, 11 hours and 5 minutes, a record at both Wimbledon and any other recorded professional tournament in the Open era.

This type of match creates a great story, sports lore and interesting trivia questions, and is somewhat of a fairy tale for tennis historians.

Many say it had high drama with game-by-game tension and excitement of epic proportions.

Others left it at, "boring."

"I think the majors should play a tie-breaker at 10-all in the final set if it goes that far," said Dr. Allen Fox, player-coach and author. "This last marathon was a damn interesting one-time oddity. It would be unlikely to happen again on any surface but grass, where the serve can be so dominate.

"But just in case, 10-all in the final set is plenty long enough."

Bob Larson, producer of "The Official Tennis Newswire," differed in his opinion.

"Let the majors continue as they are," he said.

"Tie breaks for sure," she said. "Better for long term health of the player and sport."

As for my thoughts, I like some drama and build up, but certainly not 3 days worth.

Protect the health of the players first. Matches that last longer than 5 hours are a health hazard and give an unfair advantage to the next opponent(s).

If this player is also in doubles many times they end up forfeiting that match which hurts their partner and gives their opponents a walkover.

If one of these marathon matches is played on a lighted court, do they just keep playing for 6,7, 8 or more hours straight? There has to be a better outline for the player's sake.

The singles and doubles matches that are scheduled behind this match are also on hold, which makes it tough physically and mentally while players hang around hour after hour. All players try to gear up for their starting times, but under these circumstances it's difficult to do so.

A prolonged match leaves tournament officials scrambling to catch up with matches that have been backlogged. Add in a little rain for a day or two and now it's more than a scheduling nightmare.

All in all, it makes more sense to shorten the final set to a more finite amount of time, which makes it better for the players, officials, spectators, television schedulers and viewers, as well as the sport of tennis in general.

Isner ended up forfeiting his doubles match with partner Sam Querrey, and then in the second round of singles lost 6-0, 6-3, 6-2 in one of the shortest Wimbledon matches ever, so he almost set a record on both ends of the spectrum.

He had zero aces (which he's noted for) and said he had never felt so worn out.

Is this format still the best one? Jimmy Van Alen would probably have something more to say if he could.