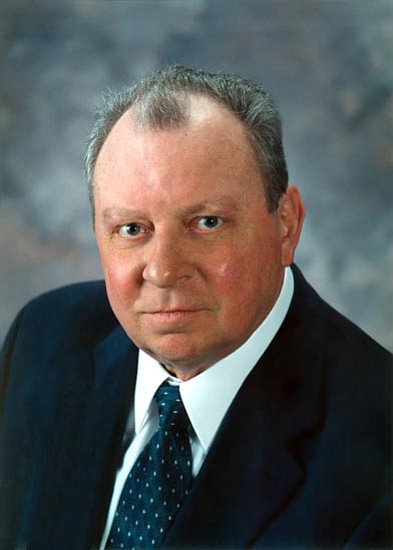 Jim was born in Perry, Iowa, on Oct. 7, 1935, and graduated from Bishop Noll High School in Hammond, Ind., in 1953. After earning his doctorate in medicine at Indiana University in 1961, he joined the U.S. Army and completed his residency in internal medicine at the Tripler Army Medical Center, Hawaii, in 1965. While stationed in Hawaii, he also acted as a medical consultant in Vietnam and India.

Major Sprengelmeyer left the Army in 1969 to become a physician and partner with Kaiser's Los Angeles Medical Center. He was chief of Nuclear Medicine at the Kaiser Permanente Medical Center in West Los Angeles until his retirement in 1995.

In 1979, Dr. Sprengelmeyer wrote a well-received medical textbook, "Practical Nuclear Cardiology," for Harper and Row. Dr. Sprengelmeyer continued his research for ways to help patients with heart disease. James and an associate, Robert L. McDermott, published their findings regarding "The Treatment of Choice for Malignant Pericardial Effusion" in the Journal of Nuclear Medicine (1990). The article continues to be cited by leading medical journals in the U.S. and Europe.

Upon moving to Prescott in 1997, Jim enjoyed traveling the world, good entertainment and music, and watching his favorite sports teams.

He was blessed with an exceptionally fine mind and rigorous common sense that served him well as a successful doctor, teacher, lecturer and author. His sharp, satirical wit, combined with personal charm and real wisdom, made him interesting, provocative, and outspoken.

In lieu of flowers, donations may be made in Dr. Sprengelmeyer's memory to the Salvation Army, the Yavapai Symphony Association or PACE at Yavapai College Foundation.

A celebration of Dr. Sprengelmeyer's life and accomplishments will be private.