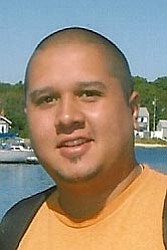 Lonnie Gaylen Morgan III passed away on Jan. 26, 2010, at Banner Thunderbird Hospital in Glendale, Ariz., surrounded by his loving family and friends. He was born June 11, 1979, in Las Vegas, Nev., to Lonnie Gaylen Morgan Jr. and Rebecca Ann Bettinghausen. Lonnie was 30 years old.

Lonnie was an incredible young man who loved and lived life to the fullest. Lonnie loved spending time with his family, including hanging out with his dad and cherished cousins. Lonnie loved being a big brother to his four siblings and teaching them all he could.

Lonnie moved permanently to Prescott in 2003 were he resided on the Yavapai-Prescott Indian Reservation. He enjoyed playing poker, shooting darts and pool as well as golfing, dancing and karaoke. He enjoyed spending time at the ocean and boogie-boarding while living in California. Lonnie shared an especially close relationship with his cousin Tony Frazier, whom he considered his brother. Lonnie made friends wherever he went and was loved by many.

Lonnie will be sorely missed and cherished forever in the hearts of all the lives he touched. We know that his spirit will live on eternally and that he is at peace. His memory will never leave those who had the privilege to know and love him.

Visitation will be from 5 to 7 p.m. Sunday, Jan. 31, 2010, at Arizona Ruffner Wakelin Funeral Home, corner of Cortez and Carleton streets. A celebration of Lonnie's life will be at 11 a.m. at the First Church of the Nazarene, 2110 Willow Creek Road, Prescott, with burial to follow.