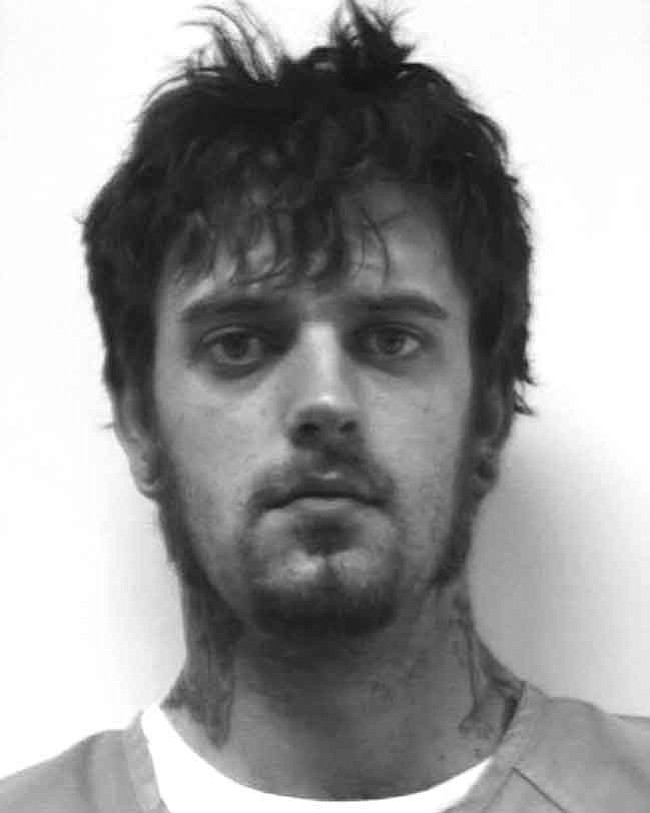 Yavapai County Sheriff's deputies arrested two men after they found more than three pounds of marijuana in a portable safe in the back of their sports utility vehicle, a spokesman said.

At 11 a.m. on Tuesday, a K9 deputy stopped a black Chevrolet Blazer for speeding on I-40 west of Seligman, said Dwight D'Evelyn, spokesman for the Yavapai County Sheriff's Office.

When the deputy spoke with the driver, Daniel Burkett, 26, and passenger Thomas James Thompson, 19, both of New Mexico, he noticed the smell of marijuana inside the sports utility vehicle.

Burkett told the deputy he had a small bag of marijuana inside the Blazer. The deputy detained both men and K9 Elliot immediately alerted on the open passenger window, D'Evelyn said.

While examining the Blazer's interior, the deputy found several baggies of marijuana and a digital scale in the front passenger compartment as well as two portable safes in the back seat area.

The deputy checked the smaller safe first, which turned out to be empty, and K9 Elliot alerted on the larger locked safe.

Thompson initially told the deputy his grandfather owned what was in the safe. Deputies opened the safe and found more than three pounds of marijuana in six plastic bags, D'Evelyn said.

Later, Thompson told deputies that he and Burkett had driven to California with $6,500 to pick up the marijuana and they were heading to Albuquerque to deliver the shipment, D'Evelyn said.

Deputies booked both men into the Camp Verde jail on charges of transportation of marijuana for sale.