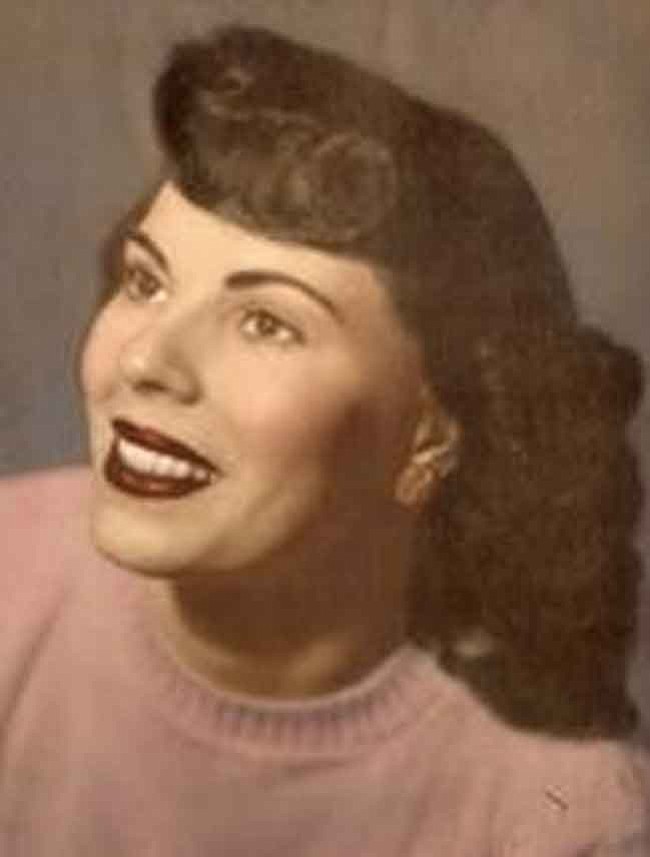 Margaret Elsie Watts went to heaven at 5:37 the afternoon of Jan. 23, 2010, in her home with her husband Bill, sons Greg and Marcus, daughter-in-law Val, and granddaughters Hillary and Miranda present.

She was born Feb. 13, 1928, in St. Brieux, Saskatchewan, Canada, and peacefully crossed the great divide to join her beloved parents, brothers and sisters. She was 81 years, 11 months and 11 days. She had been giving a good fight against the dreadful Alzheimer's disease for the past years but had a significant and rapid decline over the past weeks.

She was united in marriage on June 3, 1950, to William I. Watts in Shelton, Wash. She was a member of Sacred Heart Catholic Church, Prescott, Ariz.

Margaret spent her early childhood on the family farm in Canada and was the eighth of 14 children born to Napoléon Joseph Bruneau Jr. (1888-1970) and Hazel Marie (nee DeCelles) Bruneau (1897-1977). She moved with her family at the age of 10 to a farm near Coeur D'Alene, Idaho. From there, she moved to Seattle, Wash., for employment, where she met and married her husband, a returning WWII veteran. They had three sons in Seattle, Wash. They moved to Lancaster, Calif., in 1959 and returned to Seattle for a short time before moving to Bountiful, Utah. They finished raising their children in Bountiful before moving to Lompoc, Calif., then Ogden, Utah, Great Falls, Mont., and retired to Buhl, Idaho, in 1986, and finally relocating to Prescott in 1992.

Margaret dedicated her life to her family by taking care of her husband and raising her three boys. She was a very ingenious homemaker with excellent home decorating, artwork and sewing skills. She was a terrific cook and a disciplined but loving wife and mother. She also devoted her time as a volunteer. She volunteered while in Utah at St. Vincent de Paul, the Guadalupe Center and other charitable organizations and in Prescott with the Disabled American Veterans where she received several awards on her dedication and commitment.

She is survived by her husband William Watts of Prescott, and her three sons, Stephen of Camp Verde, Marcus of Irvine, Calif., and Gregory and his wife Val of Prescott. She is also survived by one brother, Gene Bruneau of Cottonwood, Ariz.; sister Marie Hanson of Renton, Wash., and sister and brother-in-law Ann and Roger Brackney of Lake Montezuma, Ariz.; brother-in-law Walter Franke of Chandler, Ariz.; and Peter Cullen of Mesa, Ariz. She is also survived by granddaughters Nydia, Valerie, Hillary and Miranda; grandsons Nathan, Robert, Thomas and William; numerous great-granddaughters and sons, nieces, nephews, grandnieces and nephews and great-grandnieces and nephews. She was preceded in death by her parents and brothers, Larry, Vernon, Thomas, Joseph, Norman and Kenneth Bruneau, and sisters Helen Cullen, Lucille Bruneau, Theresa Franke and Hazel Bruneau.