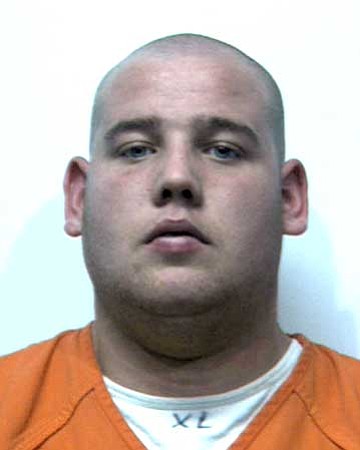 Despite his lawyer's argument for leniency, a judge Monday sentenced a Kingman man who sexually molested an 8-year-old girl to 20 years in prison.

Patrick West-Owens, 20, had accompanied the child and her family as part of a church group to an event at Camp Yavapines in Prescott on June 14, 2009. While the family slept, he took the girl into his bunk and coaxed her into various sexual acts.

"He took my purity away from me," the child told Superior Court Judge William T. Kiger in a soft voice while she clutched a teddy bear.

The girl's mother also spoke at the sentencing hearing, saying that she had befriended West-Owens and tried to help him before the incident occurred.

"I cared about him," she said. "I was shocked that he'd do such a thing. I'd like to know why he molested my child. I hope he gets well. I don't want him to harm other children."

Matthew Cochran, the deputy county attorney who handled the case, asked Kiger to sentence West-Owens to a lengthy prison term rather than the minimum permitted by his plea bargain, saying that a doctor who examined the defendant, who suffers from mild mental retardation, found that he has "poor impulse control."

"This defendant is a greater risk than I initially thought," Cochran told the judge.

"He has severe problems I'm afraid the justice system will not deal with at all," Feldhacher said.

Kiger noted that he took West-Owens' mental condition into account when crafting the sentence, and he also considered the consequences of the defendant's behavior for the victim.

"Harm has fallen on the victim and her family from your conduct," Kiger said. "You have betrayed their trust."

When he is released from prison, West-Owens will be required to serve probation for life and register as a sex offender. Kiger also ordered him to have no further contact with the victim.